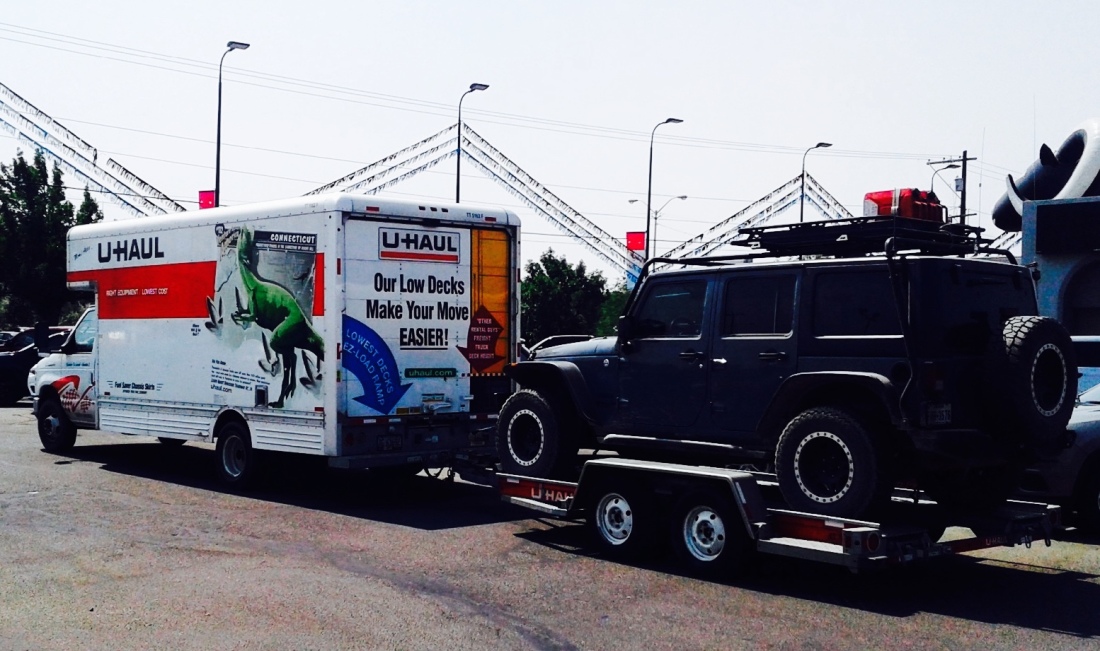 Roger finally lost his engine. After multiple issues with error codes, he was no longer able to keep going. He rented the UHaul and trailer in Farmington and he’s driving home. We are so sorry to see him go. We’ll miss his friendship, helpfulness, and sense humor. Judy will miss the Dollar General bingo competition. We had a great time coming across the country with him. And we are getting so close to finishing this thing! We’ll need a “return to where Roger left off on the TAT RUN”. We’ll miss you Roger!

While TinShanty was in Farmington repairing bear damage, the rest of the crew made their way to Groundhog lake through the La Salle Mountains where they spent the night. in Dove Creek.

Thank you to Kevin Fox at OFF AGAIN 4×4 in Farmington, NM for finding us some longer shocks to compliment our air bags. We were able to dig through their stock pile and find what we needed.

Larry developed more Transmission issues. They were down to three and Larry rejoined them all in Moab. We’re back to 5 Jeeps!

Wilson and his wife were our neighbors in Moab’s Canyonland RV park. 😂

No time to hang out in Moab, that’s a another trip for another day. (And NOT in August).

We left promptly at 8 am, as usual and turned right into Long Canyon. The red rocks of Utah are just beautiful. It was immediately obvious that Randall and Judy are very familiar with these parts and had quite a day planned for us.

The next stop was the Mill Canyon Dinosaur Trail. Not only are there a big variety of fossilized tracks, there are also large sections of bones in the canyon wall. There are nice walkways and viewing platforms to protect the relics. 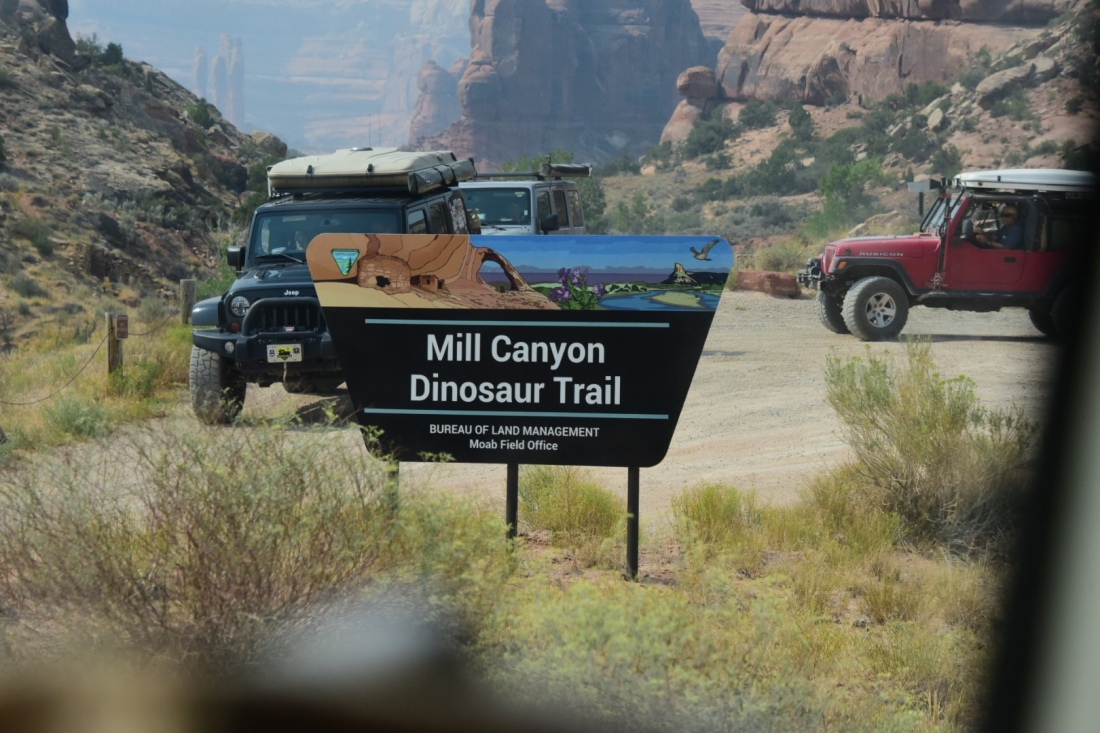 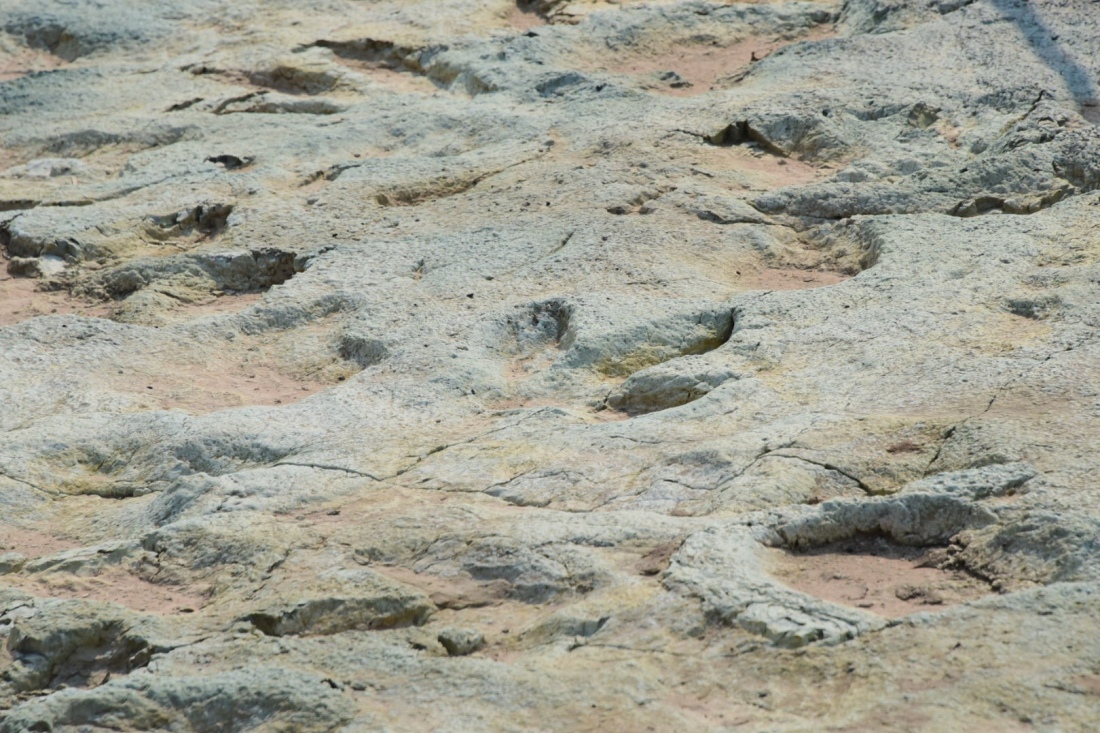 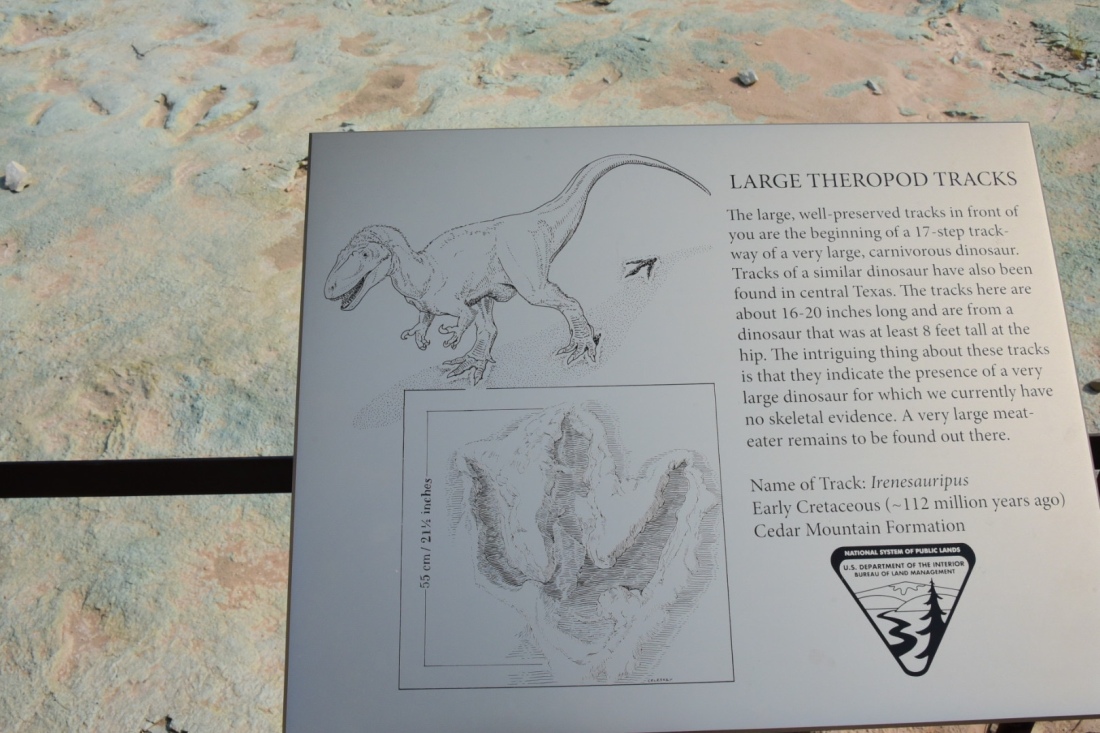 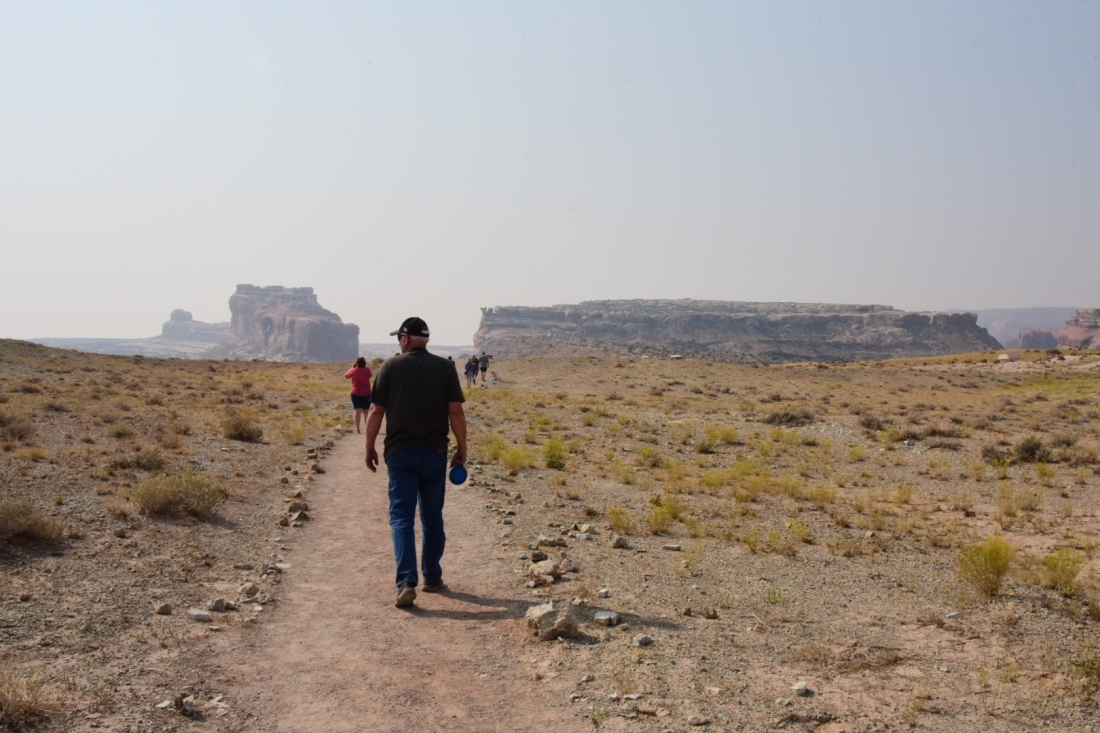 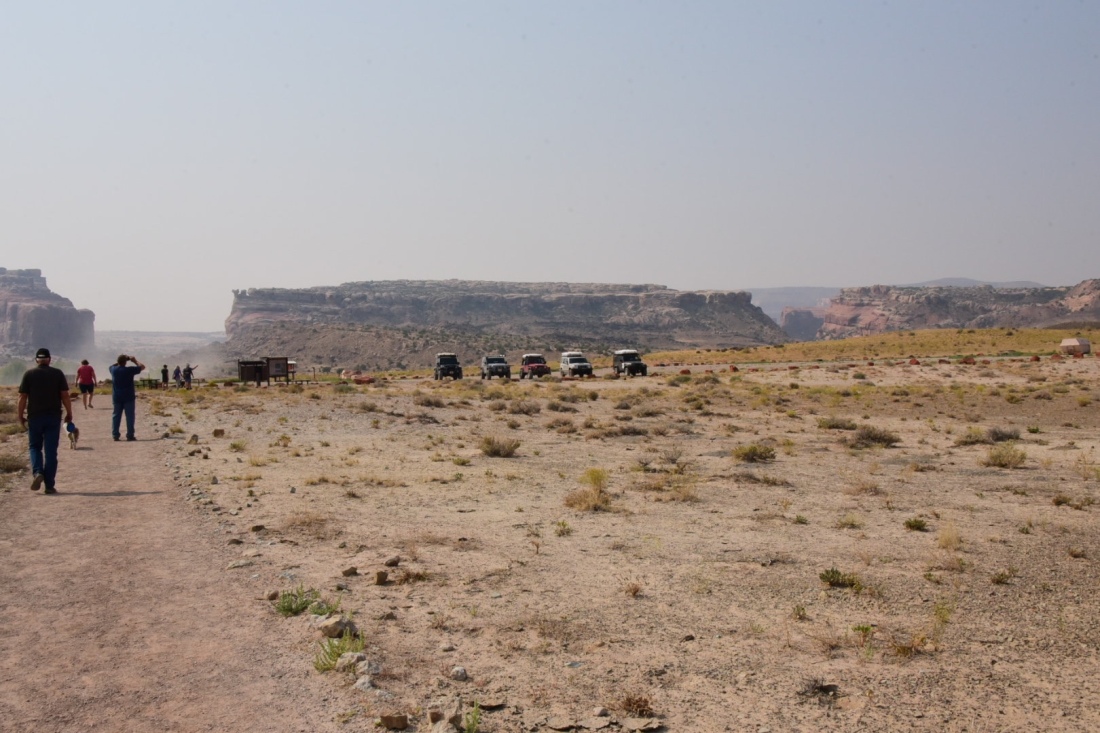 Next was Sego Canyon and some of the best petroglyphs and pictographs you’ll find anywhere.

Did you know there is a new Area 51 right here in Utah? Yep! The tour continued….. this was the abandoned Utah Launch Complex, White Sands Missile Range that you can actual roam around in. There is quite a story behind this. You can Google it to get the full history. There are many buildings and features that remain, giving you a sense that this was really something back in the day. There’s quite a bit of graffiti that give it a freaky alien vibe. 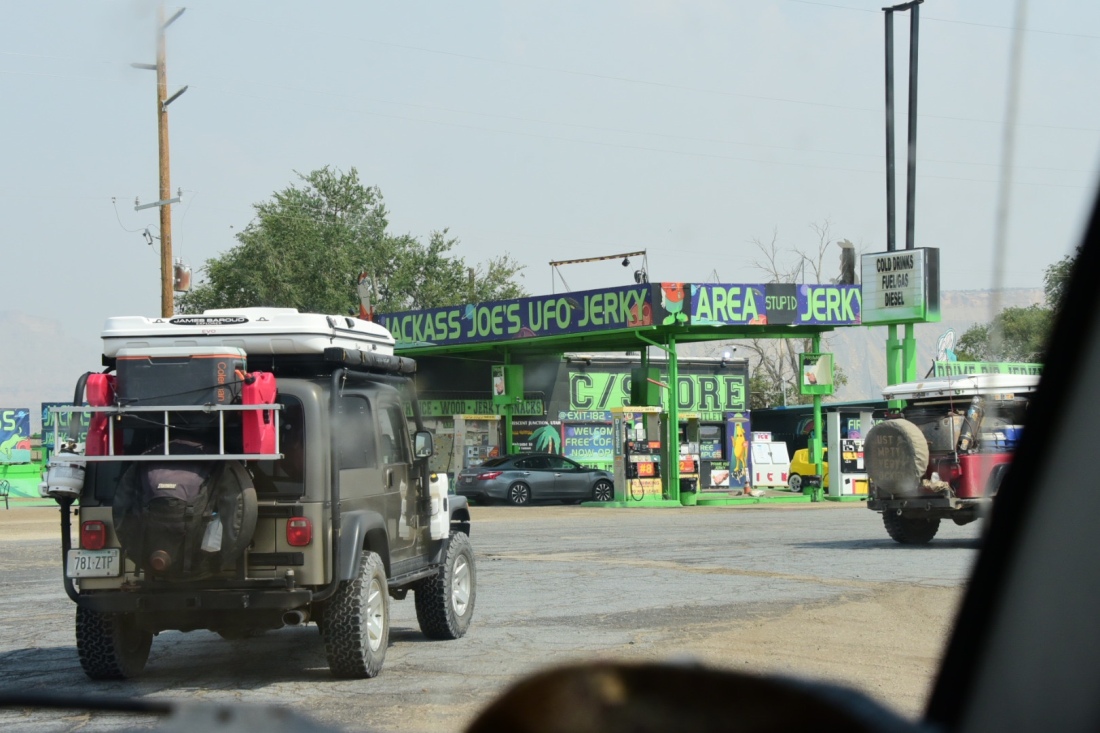 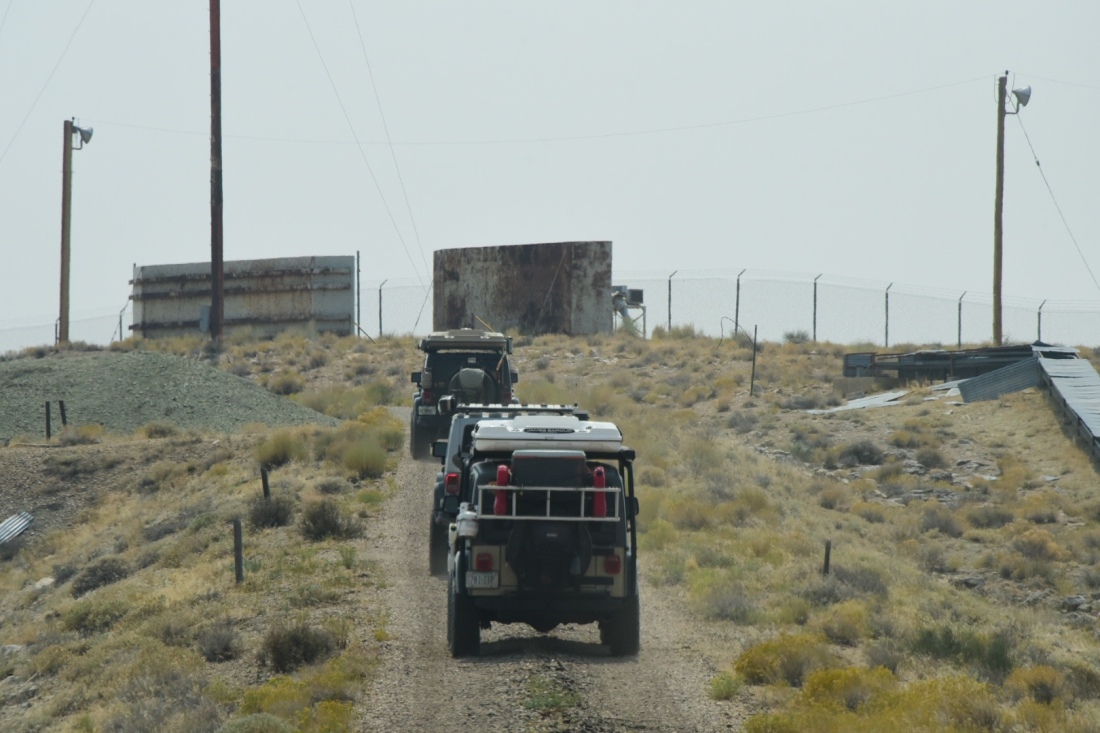 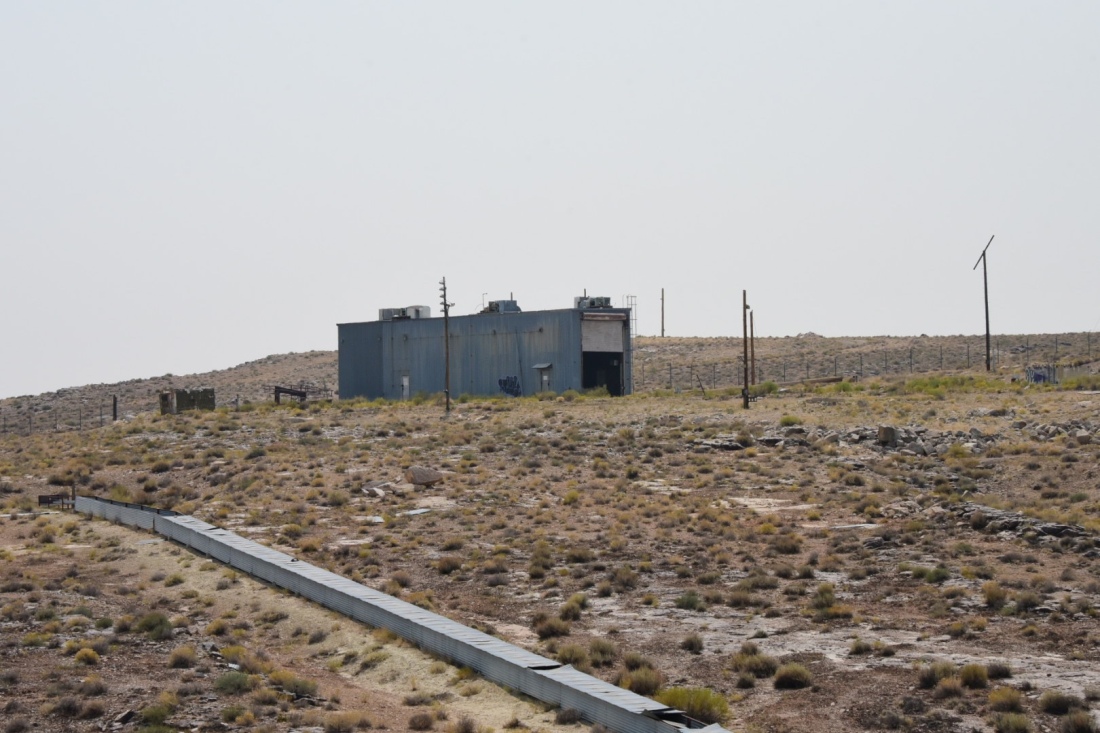 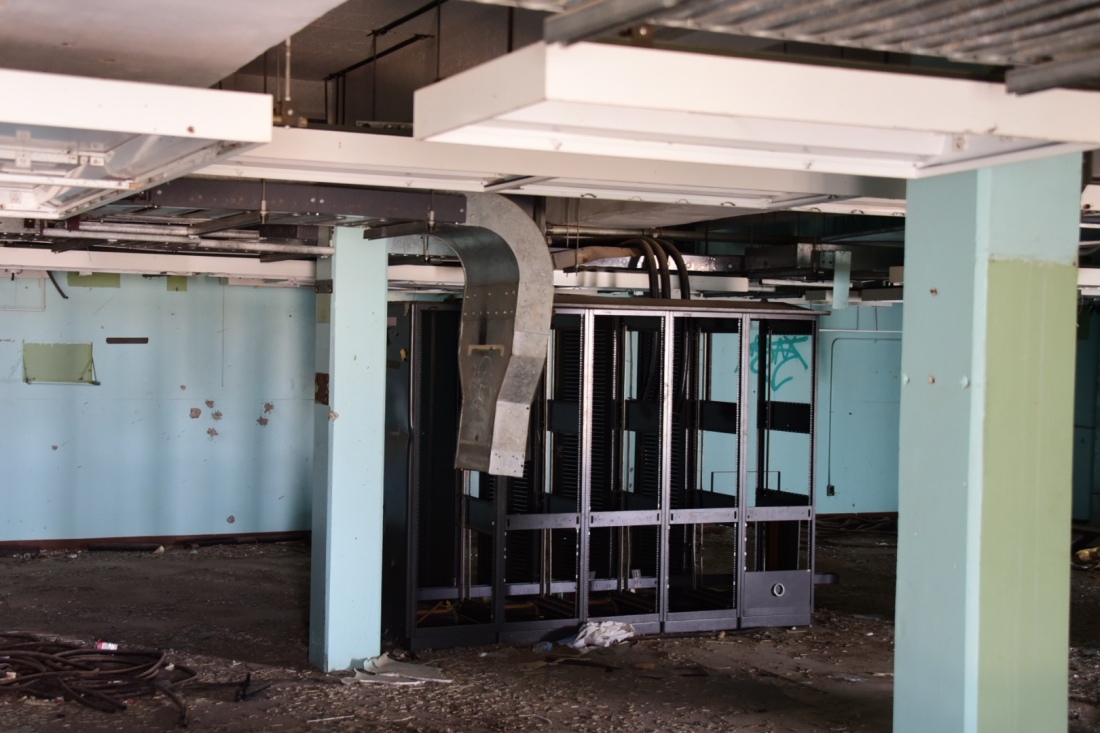 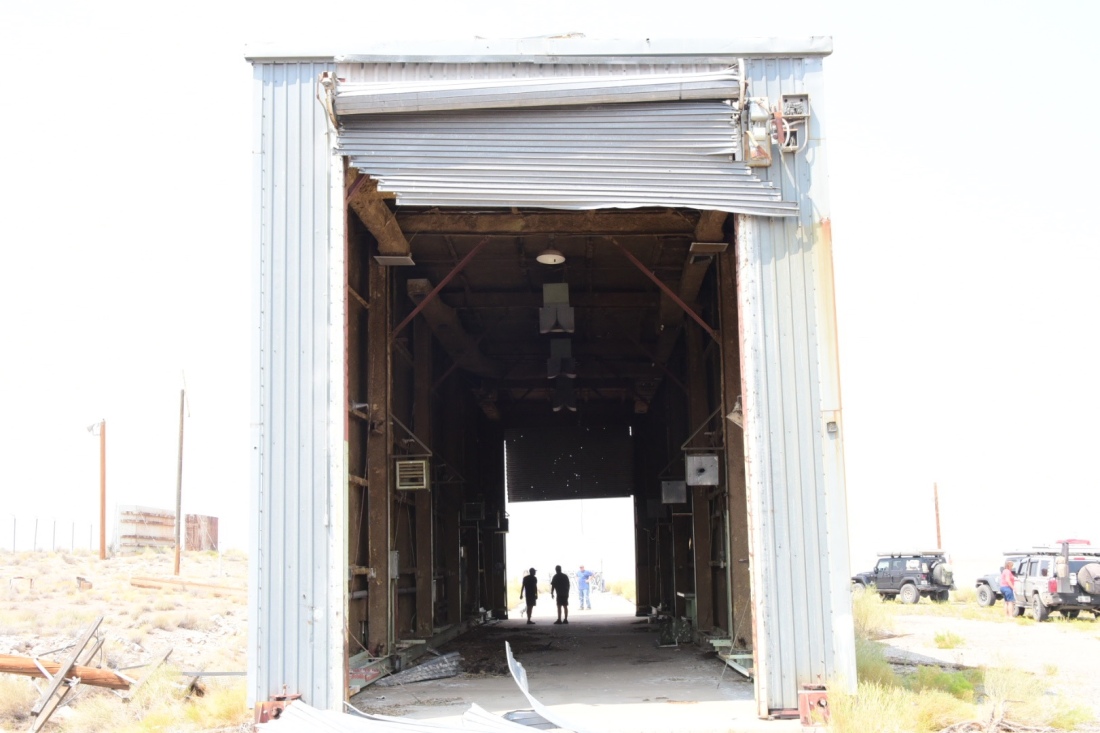 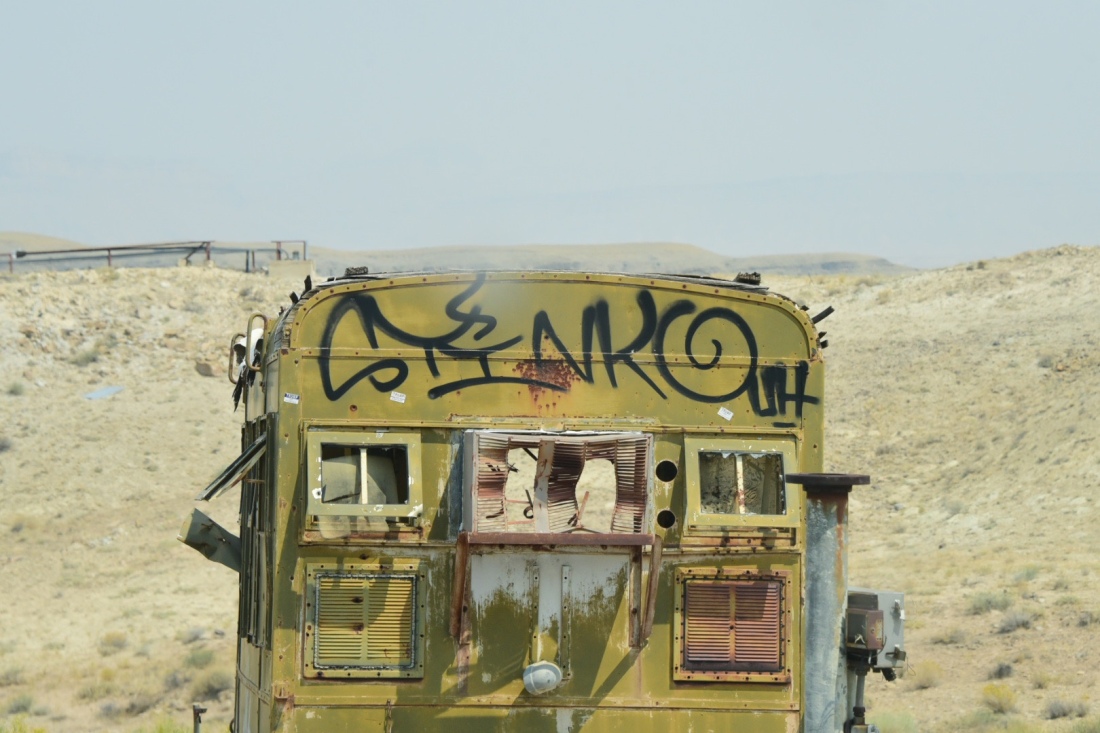 And somewhere in the mix today we stopped in at the Wesley Powell Museum. He is the famous river runner and navigator that is famous for exploration of the Colorado River. Lake Powell is name for him. Our stories come full circle because when we were way back at the Shiloh War Memorial we saw where Powell served and lost an arm in battle in the Civil War. He went on to do amazing explorations with only one arm.

We ended the day in the sleepy little town of Green River. They seem to be famous for watermelon (!?)

One thought on “#18 Jeeps Only – The Trans America Trail”